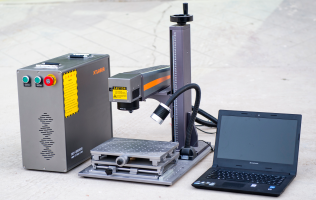 What are the Most Common Issues with Cheap Laser Engraving Machines?-lisa

Any item that sells with a big price range usually has a corresponding quality range associated with it. And when you purchase a cheap laser engraver for a few hundred dollars, you have to expect that it won’t be long before things start to break down. Here are some of most common complaints we heard about cheap laser engraving machines.

– Smaller and cheaper laser engraving machines use smaller and cheaper lasers. And it’s obvious that a less powerful laser is less effective at engraving. Still, many cheap laser engravers don’t live up to the standards they advertise. Just because a company says that their laser can cut through materials that are 1/2-inch thick, doesn’t mean it can cut through any material with this thickness. Materials like acrylic and soft lumber may work great, but plywood and MDF which contain glue could prove a challenge for a weak laser.

– Cheap laser cutters frequently advertise the wattage of the laser they use, with figures ranging from 100W down to 50W or even less. Sneaky companies may advertise “1500mW” instead of “1.5W”, using the larger figure to make it seem like the laser is more powerful. If you’re primarily using paper as a material, a 1.5W laser might work, but it won’t work for much else. We’ve also heard stories of 50W lasers that really only output 32W of power – you’d be lucky to slice a loaf of bread with that.

– Laser engraving is essentially burning the surface of the material. It produces a lot of heat and debris, which can leave the surface of your materials with undesirable and unsightly scorch marks. By focusing a stream of compressed air where the laser meets the material, quality engraving machines achieve smoother cuts, fewer smoke deposits and less scorching, but this feature is almost never present in cheap engraving machines. As a result, it’s difficult to get quality engraving done on wood, acrylic, or paper with a cheap machine.

– Every artist, whether they be a painter, sculptor, or graphic designer, is naturally limited by their medium. If you’re producing incredible designs in CAD or Adobe Illustrator. You may be surprised to find that your cheap new laser engraving systems comes with its own much simpler design software. That leaves you with two options: either you can learn to use a simpler. And less feature-rich version of the design software you know and love. Or you can try to import your existing designs into this application you’ve never heard of. In hopes that the engraving machine software can figure out what to do with it. Either way, you’re jumping through hoops and potentially losing the opportunity to produce your best work.

– If you’re spending under $1000 on a laser engraving machine, you need to understand the important features that are missing,. Many of the important components will be cheaply sourced, poorly made and prone to damage. Unless you’re a skilled technician, you’ll find it near impossible to figure out what broken. Whether you can fix it, and what steps are required. Be prepared to open your wallet again for repairs.. Or to park the machine in the attic with the rest of your junk.

What Material Fiber Laser Engraving Machine Can Do 2 – Alex 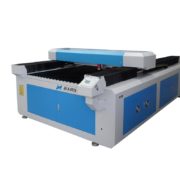 How to Select a Proper CO2 Laser Engraving Machine? lisa

What is a Good Laser Engraving Machine?-Angelina