Laser application thermal lens effect measurement and improvement, after the optical element is continuously irradiate with the laser beam for a long period of time.

Thermal deformation occurs due to an increase in temperature, which causes a change in the refractive index of the transmissive optical element.

And the reflection direction of the reflective optical element. The thermal lens effect changes the position of the laser focus (waist), which in turn affects the application.

And an f-θ field lens (transmission type). Optical element. Since the thermal lens effect of the transmissive optical element is more obvious.

The next analysis is mainly for the laser, the red-light combining lens and the field lens.

When the thermal lens effect is generate, the optical element is thermally expande, the focusing ability becomes strong, the size of the focus spot becomes small, and the focal length and the focal depth become short. The occurrence of these phenomena will eventually lead to unstable marking and affect the marking effect. The effects of thermal lensing are analyze several typical applications of pulsed fiber lasers:

When the thermal lens effect occurs, the focal length becomes shorter, the energy density of the surface of the material decreases, the alumina does not black, and the blackness of the center and edge effects is inconsistent in severe cases.

Metal deep carving generally uses a field lens with a short focal length (focal depth). When high-power deep carving, due to the thermal lens effect, the energy density at the material decreases rapidly, resulting in metal carving not deep. Since the center of the optical element is larger than the edge expansion, the center is shallow and the surrounding is deep (inconsistent depth).

Depending on the material, pulsed fiber laser cutting sheets typically use either a single slow or multiple fast. Thermal expansion and cooling retraction can occur in a short period of time (<1S), so the starting position can be cut through during cutting, and the material is not cut at other locations. 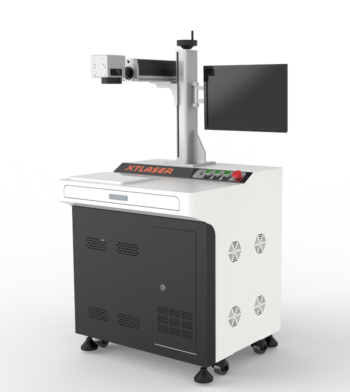 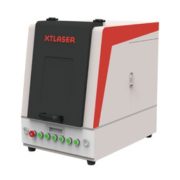 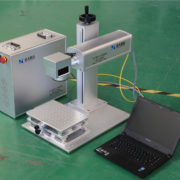 How to operate the fiber laser marking machine correctly-Teresa 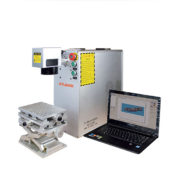 The difference between mopa and fiber laser marking machine-June