Then after long-term use of laser cutting, the mechanical system displacement will occur more or less, resulting in a decrease in cutting quality and equipment accuracy.

Then the two axes of the shaft are not parallel to the direction of the correction axis.

And the laser is polish until the spots on both ends of the shaft are consistent; then the laser head is moved to the proximal end of the shaft; the light is back and forth in the axial direction until the X-axis is remote and proximal.

Repeat 1 step to check whether the spot is consistent; if low, add a small piece of iron, repeat 3, (step, until the four spots are consistent. Place a plate of the same size as the table on the table. And put a small square about 5mm on it.
1. Move the laser head to an angular position on the table. Move the nozzle up and down to the surface of the small square, then move the laser head to the other three corners of the table.

And test the distance between the nozzle and the plate with small squares, such as high or low. The same, find the lowest one of the corners as the benchmark;
2. Loosen the screws that fix the table top, and then slowly knock down the table top at the screw position.

Then move the laser head to the position, test the distance between the nozzle and the plate with a small square. If it is not the same, continue to knock down.

Tighten all the screws used to secure the table. Straight angle adjustment, cut a rectangle of the same size on a flat plate or cardboard, measure its diagonal line.

The line from the upper right corner of the A line to the bottom left corner.

And the line from the upper left corner to the lower right corner of the B line is subject to the B line.

If the A line is longer than 3MM, the timing belt in the Y-axis direction of the right side of the machine will be relax.

And the corresponding belt teeth will make the horizontal amount downward. Then tighten the belt and adjust the optical path to within 3MM. 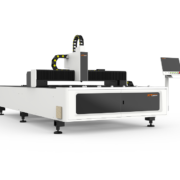 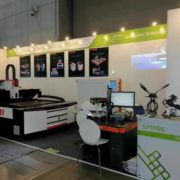 The service we could bring for fiber laser cutter-Angelina